Home » Best Primary Schools in Singapore and Nearby Condos 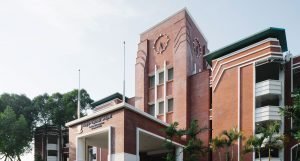 Legend has it that Mencius' mother moved house three times, before finally settling near a school where her son could pick up knowledge and good values. Similarly, conscientious parents in Singapore often choose properties that are near good schools so that their children may have a head start in life. This is especially important because of the priority given to those staying with 1km or 2km of the school when it comes to Primary 1 registration. Here is our guide to some of the most popular Primary Schools in Singapore that are well regarded for their academic excellence, along with the properties are are within 1km or 2km of them.

Anglo-Chinese School (ACS) is a Methodist school for boys with a long history in Singapore. Founded in 1886 by Bishop William Fitzjames Oldham, the school is considered one of the most prestigious schools in Singapore because of its long history and its strong alumni network.

The school has a reputation for producing students who are strong in English, sports, and the arts. Notable alumni include Tan Chin Tuan (former Chairman of Oversea-Chinese Banking Corporation), Joseph Schooling (Olympics Gold Medalist), Ng Eng Hen (Minister for Defence), Tharman Shanmugaratnam (Senior Minister). There are currently more cabinet ministers from ACS than from any other school.

Condos within 1km of ACS (Primary)/(Junior):

Condos within 2km of ACS (Primary)/(Junior):

Ai Tong School (爱同学校) is a co-ed primary school under the Singapore Hokkien Huay Kuan. Started in 1912 as a Chinese school, it is now a Special Assistance Plan (SAP) school. Ai Tong emphasises the learning of Chinese culture, language and values.

Ai Tong is one of the most popular primary schools in Singapore, with places in the Primary 1 registration frequently being oversubscribed. The school is not only strong academically, but also in sports and the performing arts.

Condos within 2km of Ai Tong:

Catholic High School is an all-boys Catholic school with a primary section and a secondary section. Founded in 1935 by Rev. Fr. Edward Becheras, a French missionary, the school is a Special Assistance Plan (SAP) school and the primary section offers the Gifted Education Programme (GEP).

CHIJ Saint Nicholas Girls' School (SNGS) is a Catholic school for girls, with both Primary and Secondary divisions. It was established by the Sisters of the Infant Jesus in 1933 as a Chinese-medium primary school for girls. Today, it retains its strength in Chinese and is a designated Special Assistance Plan (SAP) school.

The Primary School is affiliated to the Secondary, and both are known for their academic excellence.

SNGS Secondary offers a Joint Integrated Programme together with Singapore Chinese Girls' School and Catholic High School. After four years at SNGS Secondary, IP students will bypass the GCE 'O' Level examination and move on to Eunoia Junior College for their GCE 'A' Levels.

Condos within 1km of SNGS:

Condos within 2km of SNGS:

Henry Park Primary is a popular co-ed school located at Holland Grove. In its early years, it shared a compound with Raffles Girls’ Primary School (RGPS).

It is known for its excellence in PSLE results, as well as holistic approach to education and student development. A wide range of CCAs are offered, and Henry Park has achieved good results in sports, notably Badminton, Gymnastics and Tennis.

The school is innovative in its teaching methods, such as its Applied Learning Programme (Science), which teaches science principles using a more hands-on approach and is MOE approved.

Condos within 2km of Henry Park:

Kong Hwa is one of the six Singapore Hokkien Huay Kuan schools, along with Tao Nan and Ai Tong. Established in 1953, it is a co-ed school with rich history and is deeply rooted in traditional Chinese culture and values. Kong Hwa offers the Bi-Cultural Enrichment Programme (BiCEP) which encourages students to be effectively bilingual.

Condos within 1km of Kong Hwa:

Condos within 2km of Kong Hwa:

Maris Stella High is an all-boys Catholic school, with primary and secondary sections.

Founded in 1958 by the international Marist Brothers, it was one of the first schools to receive SAP status in 1978. It became autonomous in 1996 and in 2002 was designated as a Cluster Centre of Excellence for Information and Communication Technology (ICT).

The school is focused on holistic development, and the primary school in particular is a popular choice among parents.

Condos within 1km of Maris Stella:

Methodist Girls' School is an independent Methodist school founded on 25 July 1887 by Sophia Blackmore, an Australian missionary. The school offers Primary and Secondary education, with MGS Primary being afflicated to MGS Secondary.

MGS is renowned for its academic, music and sporting excellence. It was routinely placed in the top ten schools of Singapore in the rankings by the Ministry of Education before the rankings were discontinued.

The boys' school counterpart to MGS is ACS. MGS Secondary runs a joint Integrated Programme (IP) with ACS (Independent), where students skip the GCE 'O' Levels and sit for the International Baccalaureate Diploma Programme (IBDP) or GCE 'A' Levels after 6 years of secondary education.

Condos within 1km of MGS Primary:

Condos within 2km of MGS Primary:

Till today it is very much grounded in traditional Chinese values and culture. Nan Hua Primary's rich heritage as a Chinese school has led to its status as a Special Assistance Plan (SAP) school. It also offers the Gifted Education Programme (GEP).

NYPS is one of the most popular primary schools in Singapore and is known for its academic achievements and strength in Chinese language and culture. It is a designated Gifted Education Programme (GEP) school as well as a Special Assistance Plan (SAP) school, where English and Chinese are both taught as a first language.

Condos within 1km of NYPS:

Condos within 2km of NYPS:

Today, it is still situated next to Glory Presbyterian Church and is overseen by the Presbyterian Education Council, which also has 4 other schools under its umbrella. It is a designated Special Assistance Plan (SAP) school, where English and Chinese are both taught as first languages.

Raffles Girls' Primary School is a school for girls. It began as an offshoot of Raffles Girls’ School, which was founded in 1844. However, the two schools separated in 1847 and by 1881, RGPS was conducting its own classes.

That said, RGPS has been a highly sought after school since the 1960s, when parents would camp overnight to enroll their daughters in the school.

RGPS has a reputation for producing many of the top PSLE scorers. Now that the PSLE rankings are no longer being released, RGPS still sweeps many of the awards given by the Ministry of Education, such as School Excellence Award, Best Practice Award (BPA) for Teaching & Learning, and Best Practice Award for Student All-Round Development.

Condos within 1km of RGPS:

Condos within 2km of RGPS:

Rosyth School is a co-ed primary school started in 1956. It was initially situated at Rosyth Road from which it derived its name.

In 1983, the school was identified as one of the first four primary schools to host the Gifted Education Programme (GEP). Rosyth is a popular school known for its academic excellence. It grown in size over the years to meet demand, and now has over 2000 students.

Condos within 1km of Rosyth School:

Condos within 1km of SJIJ:

Condos within 2km of SJIJ:

St Margaret's School is the oldest girls' school in Singapore. Founded by Maria Dyer of the London Missionary Society in 1842, the school was then known as Chinese Girls' School. In 1949, the late Bishop Wilson renamed the school St Margaret's School, in honour of Queen Margaret of Scotland.

Today, St Margaret's Primary School (SMPS) is a single session girls' school that remains a popular choice with parents. SMPS is noted for its good PSLE track record and achievements in netball, bowling, art, choir, music and dance. It is affliated to St Margaret's Secondary School.

SCGS Secondary offers a Joint Integrated Programme together with CHIJ St Nicholas Girls' School and Catholic High School. After four years at SCGS Secondary, IP students will bypass the GCE 'O' Level examination and move on to Eunoia Junior College for their GCE 'A' Levels.

Condos within 1km of SCGS Primary:

Condos within 2km of SCGS Primary:

Tao Nan School is a popular co-ed school in Singapore that is well-regarded for its academic excellence. It was started by the Singapore Hokkien Huay Kuan in 1906.

In 1990, the school was selected for the Special Assistance Programme (SAP), where Chinese language is taught at a higher level. Tao Nan School is noted for its strength in the Chinese language and culture, such as the offering of Wushu, Chinese Dance and Chinese Orchestra as Co-Curricular Activities.

Tao Nan is also one of the Primary Schools that offer the Gifted Education Programme.

Condos within 1km of Tao Nan:

Condos within 2km of Tao Nan:

Looking for a condo near a good school? Let us help you.